There are not enough adjectives to describe Melk Abbey. My first sighting of Melk Abbey, a Benedictine monastery, took my breath away and it took a while before I could… 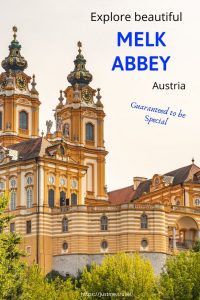 END_OF_DOCUMENT_TOKEN_TO_BE_REPLACED
No Comments on EXPLORING BEAUTIFUL MELK ABBEY IS GUARANTEED TO BE SPECIAL
Joanna Rath
With a passion for photography and writing, Joanna has been solo travelling across the globe for the last 25 years. Follow her journeys, read her reviews and discover places to see on justme.travel